The song shows the beauty of Lev’s songwriting once again, in which his lyrics float off into the air and into your heart.

“It’s an incredibly charming video because it depicts exactly what music fans love about music: its ability to bring people together.”

Singled Out
Eli Lev's Long Way Back to Shonto

Indie folk artist Eli Lev tells us about his newest single “Long Way Back to Shonto,” which comes from his debut album ‘All Roads East’.

Eli Lev and his band, the Fortunes Found, played to a hometown crowd recently at Pearl Street Warehouse. The show coincided with an album release party for Eli’s second album, Way Out West, which he released independently on Dec. 14, 2018.

“Possessing such heart and soul, the song evolves in an organic, highly nimble manner. Downright infectious the track has a gorgeous, colorful quality to it. With a commanding vocal presence Eli Lev sings with the experience of a life lived to the fullest. Instrumentally rich, every single detail is thoughtfully considered and executed with precision.”

“The single comes off your new album All Roads East – what’s the story behind the title?”

When Eli Lev set out to make his latest music video for his recent single “Chasing Daylight,” he wanted to do something different. Instead of being the main focus of the camera, he wanted to shine the spotlight on his fans from around the world.

Modern Mystery
ELI LEV HITS THE GROUND WITH “ONE ROAD”

With high anticipation Eli Lev brings together a gorgeous combination of lyricism and music that will hold the test of time.

“Lead single “Go Down” is a bluesy mixture of folk, americana and rock inspired by Lev’s constant traveling. “Go Down” in particular is inspired by a series of baptisms that he witnessed on the Jordan River. Another stand-out track is “Making Space,” riddled with impressive echoed harmonies and scattered thundering percussion. “Long Way Back To Shonto” is a country-tinged tune that impresses with lush instrumentation and crooning vocals that tell the tale of a long journey home.”

“The video for “Go Down” is masterfully done. The setting is the wilderness, and a body of water plays a major role—actually, that body of water is the main character, I think. Fits nicely with the river as a symbol of life and water as a cleansing element. I’d call the song and video “thinkative,” because it does indeed set your mind on a thinking journey. When I hear music like this, I am reminded of the goldmine of talent spread across the US, and the raw creativity roaring in indie music as opposed to the cookie cutter stuff we hear so much of on the radio and TV, regardless of genre. I’d say Eli Lev and his band are definitely a group to watch. I think big things will come their way.”

“Indie folk crooner Eli Lev has shared his new single “Go Down” with the world! Lev creates potent, blissful soundscapes by blending different​ ​sonic elements​​ from two decades of traveling. We can’t wait to hear where Eli’s journey takes him next.”

“Delivering a smooth blend of Americana vibes, funky undertones and a rockin’ edge, Go Down is an infectious track that Eli wrote about a series of baptisms he witnessed along the Jordan River. Go Down barely scratches the surface of Eli’s catalog but is a potent and impacting introduction (for those hearing him for the first time).”

“A slow funky opening introduces ‘Go Down’ soon accompanied by Eli’s vocals, which maintain the feeling. The groove is beautiful, a bluesy, gentle & funk filled three minutes of natural music.”

Audio Fuzz
Down By the River: Eli Lev - "Go Down"

“It has that beautiful, blues-based, gospel-tinged sound that I love so much. Eli Lev is based in Washington, DC, but gets his main ideas from wandering the world. This is the sound of the new alt folk, and I’m loving it.”

Find a Song
Eli Lev & The Fortunes Found "Go Down"

“It’s been said that music is a universal language. Nobody understands that more than Washington D.C.-based artist Eli Lev, who crafts potent soundscapes from decades of traveling the world.”

“Go Down” has been garnering the artist acclaim throughout the ears of fans as well as listeners. His indie-folk style will surely entice you. Spiraling towards the new year, we expect Eli Lev to be a name to remember for the 2018 season.”

“The charm here is Eli Lev’s ability to write concise, memorable rolling riffs, his skill at knowing how to thread the bare minimum together to great effect and create a sound built on sparse beats, spare yet pulsing bass lines and killer vocal deliveries. He also appears to write songs which, without intentionally aiming for the commercial market, are often as addictive, groovesome and rug cuttingly contagious as anything deliberately trying to play that game.”

“Its foundation is in the folk genre, but I believe it borrows from the R&B sound and a little electronica mixed in to give “Go Down” a fun sound. When I listen to “Go Down” I’m immediately transported to the Bayou.”

“Eli at first glance falls into the indie folk singer-songwriter category but give the EP a listen and you’ll find a healthy disrespect for musical boundaries. The 5 track EP embraces folk, country with a dash of old-school rock n’ roll to keep you on your toes. The first single from the EP ‘Go Down’ benefits from an unexpectedly cool funky groove while ‘Long Way Back To Shonto’ is bathed in bluesy slide guitar.”

“Eli’s infectious musicality, commitment to deep grooves, and soulful charisma foster an immersive experience for the audience that moves bodies and hearts. With the full-band-sound of Fortunes Found, his live shows are becoming the hottest ticket on the DC music scene.”

Ethnocloud
Eli Lev is a Standout Name with New Single

“Eli Lev is a musician who crafts potent soundscapes from decades of traveling the world. Eli has built a robust profile through wowing audiences whenever he picks up a guitar.”

“Eli Lev is an artist on the rise. With his newest release “All Roads East,” he is a musical mastermind. His folk-infused tunes go above and beyond to create a sense of melodic beauty you wll not soon forget.”

“”Making Space” kicks this disc off on a positive note and blends together an Americana sound with a small pop sensibility that grabs you and keeps you engaged from the first notes until the song fades out. “Go Down” follows the path cut by the opening track, but with a heavier lean into the Americana vein. The opening has a cool funk vibe to it that gets the foot tapping and the body swaying. “Trying To Get Home” swirls a rock guitar with folk vocals and a country-pop tempo that gives the disc a track that drives and seems to take a complete left turn without deviating from the sound of the band. “Back To Shonto” is a solid song that encapsulates the new folk vibe and sound that has grown popular over the last few years. The lyrics are poignant and perfectly matched to the musical accompaniment. Be sure to check out the guitar work on this track – some of (if not) the best on the EP. Closer “Growing Up & Down” is what I think of when I hear ‘folk’.”

“This Washington D.C.-born singer-songwriter has a unique way of promoting his mini albums. Eli said that there are four projects will have released use the name of the four cardinal directions as an outline. One of them entitled “All Roads East” has been available on several music platforms.”

“The moment Eli’s soothing indie/folk music hit Rachel’s ears, she was captivated. So, to ensure all of our amazing readers can experience this mesmerizing music around DC, we’re featuring Eli’s band in this week’s #SpottedinJewishDC”

US singer-songwriter gets wistful on this uplifting and dreamlike serenade 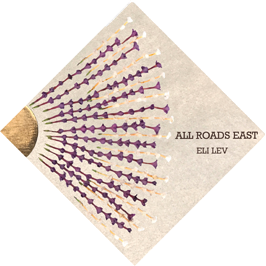 Enter your email and receive an unreleased acoustic version of Making Space!
Before you go... 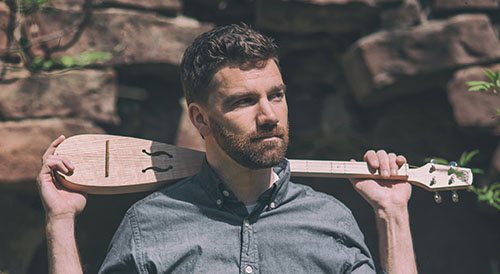 Your very own All Roads East Adventure awaits! Begin your journey with a free download of Making Space:
Your information will *never* be shared or sold to a 3rd party.